The Power of Personnel Announcements 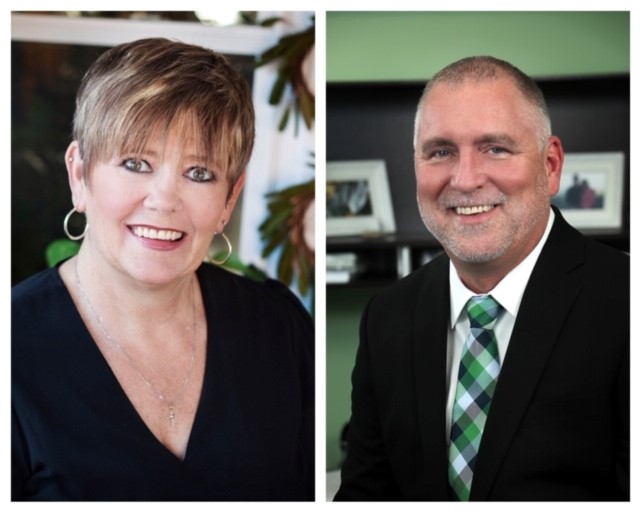 How to Tell Your Organization's Story Through Personnel News

Smart business leaders know that any organization’s greatest asset is its people. Employees are the force that brings mission statements and balance sheets to life. When it comes to telling your story, promoting their successes can make for a most compelling lede.

The classic personnel announcement is one tried and true tactic. Announcing new hires, promotions and awards, and other achievements burnishes your organization’s brand and distinguishes it from your competitors.

Just as importantly, personnel announcements can enhance collegiality and corporate culture by sending a clear message that employees are valued and their accomplishments are worth celebrating. As such, they should be a key element of any internal communications strategy.

That being said, it can be a bit challenging these days to leverage personnel announcements through earned media. Many media outlets – from local newspapers to national healthcare industry trade publications -- that used to run “Personnel News” and business announcement columns now charge fees to run personnel announcements. The cost can make it prohibitive for non-profits and others with limited marketing budgets to share their news.

That’s when it pays to dig deeper to find interesting story angles that will turn a simple personnel announcement into a bigger story – something we did for client Home Care Associates’ (HCA) announcement of its new CEO, Tatia Cooper. In fact, we wrote a blog post previously about how we wove details of Ms. Cooper’s life and her family’s deep community involvement into our outreach for the announcement, which helped us tell a more meaningful story about HCA that local media outlets truly wanted to cover.

By finding those interesting angles – and leveraging them through an integrated earned, owned and social media campaign – healthcare communicators can make an otherwise straight-forward personnel announcement truly sing.

Putting the Pieces Together

SPRYTE recently was called upon to help a long-standing national client, Crossroads Hospice & Palliative Care, announce two senior leadership promotions. Crossroads is a leading provider of comprehensive hospice services to people with life-limiting illnesses and their caregivers. Headquartered in Tulsa, OK, Crossroads serves patients in their homes and long-term care facilities in 11 sites in seven states in the Midwest and Pennsylvania.

DeAnna Looper, one of Crossroads’ original employees at its founding in 1995, was named Chief Compliance Officer for Carrefour Associates, Crossroads’ management firm. In this newly created role, she oversees all clinical, legal and regulatory compliance operations across all 11 Crossroads sites.

Danny Cox, who joined Crossroads in 2011, advanced to Senior Vice President of Clinical Operations, the role previously held by DeAnna. Having successfully led the complex implementation of a new hospice-specific electronic medical record platform for all 11 Crossroads sites across two time zones, he is now responsible for the enterprise-wide integration of all clinical operations.

Both DeAnna and Danny are nurses by training and nurse educators with more than five decades’ combined experience in healthcare, education and administration. The basics make for an impressive personnel announcement, to be sure. Digging deeper revealed details that strengthen the internal message.

Crossroads is committed to continually innovating and shaping the way end-of-life care is viewed and administered. Having worked their way steadily through numerous positions over the years, building and growing the organization, both DeAnna and Danny are the embodiment of this mission. DeAnna, in particular, started as Crossroads’ first nurse and literally crafted the clinical model from the ground up alongside the founder and CEO.

Elevating these two longtime team members who were instrumental in making Crossroads the hospice leader it is today sent a powerful internal message that the company values the contributions of all employees, finds their achievements newsworthy, and lives its mission statement.

True to Crossroads’ promise to put its people first, SPRYTE activated its campaign with a personal message from the CEO to all employees. Across the system, every employee at every level was “first to know” the exciting and important news.

The official announcement was sent to a targeted list of regional business, newspapers and other media outlets, and earned coverage in national hospice industry and nursing trade publications.

DeAnna and Danny were each profiled on Crossroads’ popular blog, where employees, patients and families, the referring physician community and industry colleagues frequently turn for the latest news. Here they learned that Danny first felt his calling to the hospice philosophy of care when his own father was dying and no hospice services were readily available. And when DeAnna isn’t busy sorting through the complexities of hospice regulatory compliance, the lifelong Beatles fan can be found singing loudly and off-key to her grandchildren McCartney, Jett and Jade.

Capping off the campaign, the blogs and other communications were amplified across all of Crossroads’ social media channels, where they engaged an even wider audience.

For healthcare communicators, the moral of the story is to think creatively. Beneath the simple personnel announcement, there are often stories that bring the corporate mission statement to life. By sharing them, you’re not only burnishing your brand, you’re sending a strong message internally that employees are valued and celebrated.

Go back to Insights