Assessing a healthcare organization’s readiness for marketing initiatives is crucial for a campaign’s success.

Recently, the SPRYTE team participated in the New England Society for Healthcare Communications’ (NESHCo) monthly webinar, “Do You Deserve to be Marketed?,” which focused on the importance of assessing an organization’s readiness for marketing initiatives.

During the webinar, Helayne Lightstone – senior director of marketing and branding for Hartford HealthCare in Connecticut – outlined the following steps healthcare communicators must take before executing a campaign to ensure its success.

The first step in a “marketing readiness plan” is assessing the key aspects of your campaign. To build the foundation for a successful campaign, answer the following questions:

After answering all of the questions to identify those key aspects in Step 1, you then must take a deeper dive to analyze two important points of the campaign:

Once you’ve developed a clear understanding of your goals, readiness and timing, you can now work together with your team to flesh out the campaign. Be sure to establish a set approval pathway that involves all necessary team members, which may include marketing, creative, clinical, legal, financial and executive personnel. Be sure to engage all members of the team to make sure the process runs as smoothly as possible.

Is Your Organization Ready?

Even the most engaging campaign won’t make an impact if it reaches the wrong audience at the wrong time. By taking these steps, you’ll lay the groundwork to ensure your campaign resonates with the right patients.

Note: Hartford HealthCare Medical Group is one of the largest practices in Connecticut with over 50 locations and over 450 physicians and advanced practitioners. 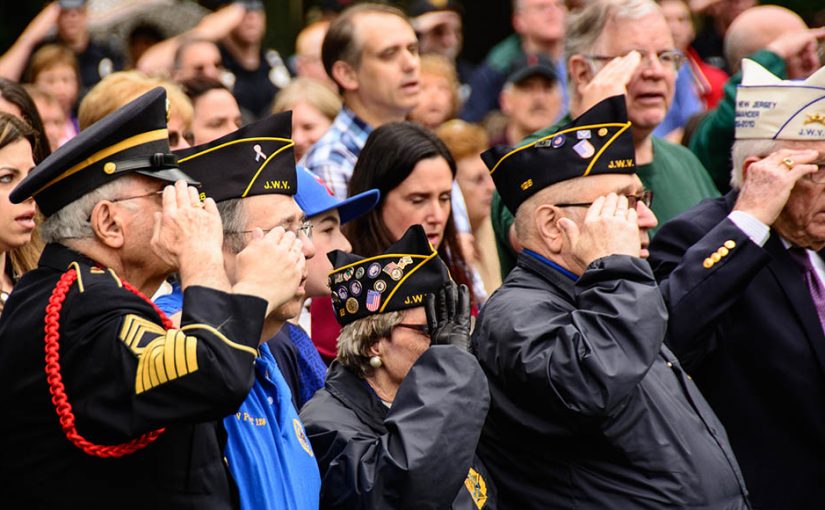 Begin Planning Now to Honor Those Who Served

Each year, on or about the eleventh of November (Veterans Day), organizations of many different stripes sponsor special ceremonies to honor our nation’s veterans.

It’s a time for solemn remembrances, heartfelt dedications, colorful flag presentations, and other kinds of patriotic demonstrations of support for those who served.

For many healthcare organizations, particularly those who provide medical care and other support services to aging veterans, the Veterans Day observance can provide irresistible opportunities to win community recognition and earned media coverage for planned ceremonies to honor those who served in the military.

As with any military-related operation, careful planning and logistics are in order.

One of SPRYTE’s national clients, Crossroads Hospice & Palliative Care, has been sponsoring veterans’ recognition events for many years. While many of the regional sites host observances that take place throughout the year, often keyed around appropriate patriotic holidays, such as Memorial Day, Flag Day or Independence Day, the entire organization comes together for an extended Fall Campaign centered, appropriately enough, on Veterans Day, Nov. 11th.

Throughout the year, Crossroads’ professional staffers serve clients in a variety of places – in their homes, in hospitals, and in long-term care or nursing facilities. (Hospice is a service, not a place.)

The Logistics of Veterans Events

Crossroads’ chaplains coordinate with respective locations to work out the logistics for Veterans events that they may host. (Some Crossroads sites may sponsor more than 50 such events during a Veterans Recognition campaign period.)

The specifics of the events can vary depending on the size and circumstances of the individual service site.

Local media outlets will also have certain views that need to be addressed if they are to be enticed to come and cover the ceremonies.

The simple idea of paying homage to heroes who defended their country during time of war is a timeless story. But even that can be enhanced, depending on the event.

For example, how many of your local veterans served in World War II? According to the Department of Veterans Affairs, approximately 558,000 American veterans from the war were estimated to still be alive in September 2017. Their numbers continue to dwindle. So there is an urgency inherent in efforts to recognize their service and valor. As we’ve often said – it’s about the story.

But it’s also about the visuals. Especially for television news. What kind of visual excitement and color can you bring to the events?

High school bands and color guards are often available to lend some musical accompaniment for a rousing rendition of the national anthem or other patriotic songs. Local scout troops can be enlisted to perform flag folding rituals for special presentations to individual honorees. Local VFWs, American Legion posts or other veterans’ groups are often only too happy to provide a color guard or other ceremonial contingent for a flag dedication or salute, or to otherwise lend support to their brothers and sisters-in-arms.

Even the simple presentation of lapel pins and/or certificates of appreciation to honored veterans can provide a heart-warming visual presentation for both onlookers and TV cameras.

It’s also about the timing. When we do veterans events, part of our goal in luring media is to minimize competition. That’s why we advise clients who are planning Veterans Day-related observances to hold them a week to 10 days prior to the actual official date of Nov. 11th. It often pays to beat the rush.

But don’t overlook the little things. One must always be cognizant of individual privacy. Is the facility where the event is being held comfortable with having media and cameras present? Make sure to check and confirm consent.

Also, as best you can, make sure to pre-plan some photo-op set-ups for the TV cameras as well as local print media photographers who may come to cover the events.

Some institutions may have rules for photographing residents or patients. Where possible, work with staff at the facility beforehand to arrange for specific willing individuals to be subjects for news photographs, and arrange for them to sign-off on photo releases.

If you’re planning on sending your own photos to the newspapers, make sure there aren’t too many people in the shot (five or fewer is best). Keep everyone close together and be careful that there’s nothing in the background to distract from the focal point of the picture. Also, make certain that everyone’s name and title are listed in the caption.

All in all, the Veterans Day season can offer a wealth of opportunities to pay well-deserved respect to men and women who have served their country. Doing so is not only the right thing, it’s also something likely to be remembered fondly within the surrounding community and among your patients and family members. 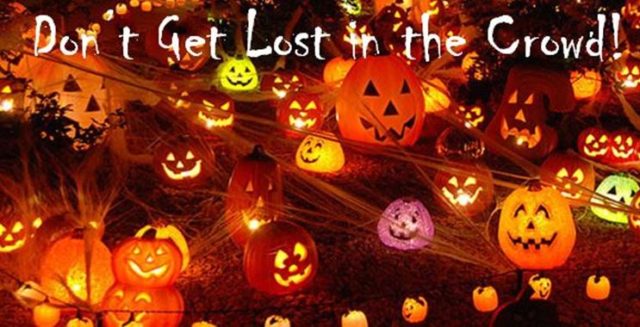 Your Facility Needs to Have a Voice!

Today is Halloween and a day for ghost stories and tales of things that go bump in the night. Scary stuff! But we are prepared to discuss something far darker and sinister. Politics? Well, scary for sure, but what we’re focused on today is anonymity. Eek!

It’s true. In healthcare there is nothing more haunting than being known for nothing or worse – not being known at all. That’s as woeful as a funeral dirge.

That brings us to external communication or, dare we say – marketing. For some, the word “marketing” elicits fear and/or visions of snake oil salesmen. We live in a world where it’s tough to escape. From the moment we wake until the moment we sleep we are bombarded with sponsored content. Truth is that some of us even see ads or hear that catchy jingle in our sleep, so that domain’s not even safe. In a perfect world we would not need marketing. In the days of old Transylvania, there may have been just one place to go for a transfusion (well, two if you “count” Dracula’s Castle). There was no need for marketing or differentiation. You had a “captive” patient base bereft of choices.

Today is altogether different. Choices abound. Hospitals, outpatient facilities, rehabilitation centers and urgent care centers can be found on almost every other block. There has never been a greater need to communicate through outlets such as earned media and your organization’s web site, blogs, podcasts, social media, etc.

Every Healthcare Organization is Unique

You may ask, “what do I say?” It’s a fair question. But it’s tough to imagine a facility without a story, one that only you can tell. It’s true that while there are similarities between facilities, there are also things that make you unique. Start there. There is an old marketing axiom that says “Promote the category you are No. 1 in. And if you don’t have one, create one.” You may have a piece of technology that no one else in the city/state/region/country has or you may have an affiliation that no one else can claim. Maybe it’s an independent survey that ranked you tops in patient satisfaction. In the advertising world that would be called your USP – or unique selling proposition. That thing only you can claim and the reason people will want your services.

Not to be lost in all of this is photography. While we can’t be sure the actual worth of a picture is 1,000 words, the appeal for visuals cannot be denied. But again, be unique. It’s blood-curdling to see a competitor using the same photo as you on a website, in an ad or social media posting. It’s enough to make you scream or want to die (or for you zombies, “die again”). It’s not cheap, but spend the money on a photo shoot. If planned and done right it will more than pay for itself.

Be True to Who You Are

Through all of this be sure to represent your brand. There’s that word again, about as well understood as the afterlife. It has taken on a life of its own and is often misconstrued. Branding is what people think or feel when they hear your name; it’s what your organization stands for and lives/breathes every day. It can be supported in your external communication efforts but never created there. Sound bites with the media, blog posts, podcasts, social media postings, news releases, etc. should all have messaging that is created with the brand in mind. A true test of this is how your message resonates with employees and stakeholders. If viewed positively by them, you have done your organization a service by supporting the brand.

Don’t be Just Another Clone

Again, dare to be different. Stand alone. Don’t try to be someone else. We have all seen movies about clones – they’re pretty creepy. Don’t be a clone. Be unique – set your organization apart.

Stay up to date on the latest posts.